One of my strongest toy memories from when I was young is going to the toy store with my mother to buy pound puppies! We were there for quite a while because I had such a hard time picking which pack of dogs or cats (Pound Purries) that I wanted, they were all so cute.
The last year I have been working on buildíng a little Pound Puppies collection. In time I want to add more from this wonderful toy line.

The Pound Puppies toy line was first designed by Mike Bowling in 1984 and have since then been in production on and off by different companies . The idea was that the child would adopt a puppy. The Pound Puppies that I had growing up was produced by Galoob, the creater of toys like Sweet Secrets and Sky Dancers, and the company owned the Pound Puppies brand between 1989-1996. During that time the line expanded to includ alot of different animals such as farm animals but also more exotic animals such as "jungle" animals and sea animals.

The Galoob Pound Puppies line came to include different plushie/stuffed animal sets like baby sets, family pack, fashion set and brushable plushies. They also produced miniature animal in PVC and matching playsets. The playsets were compact set in a carry along style, an idea that was very popular at the time with toys like Polly Pocket. 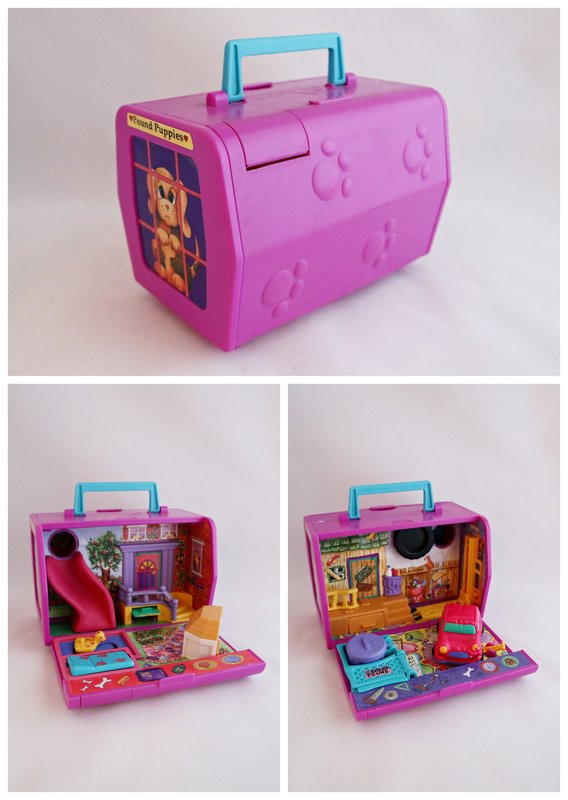 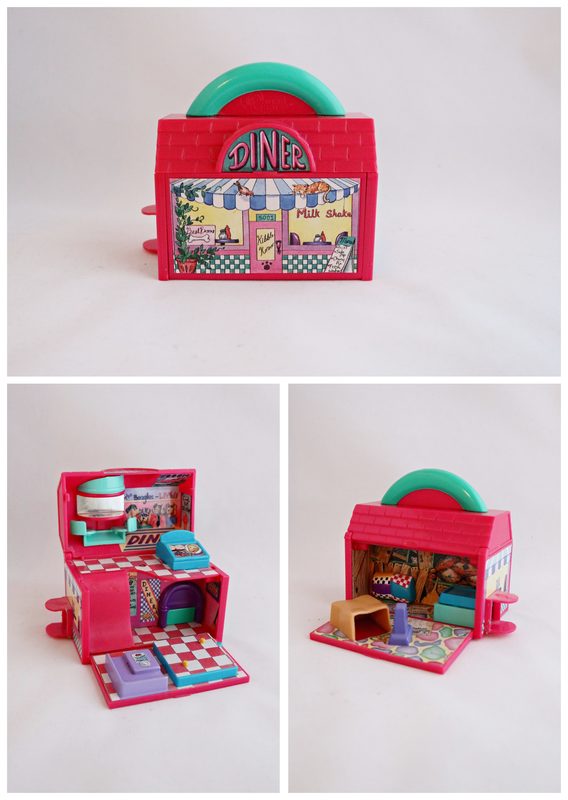 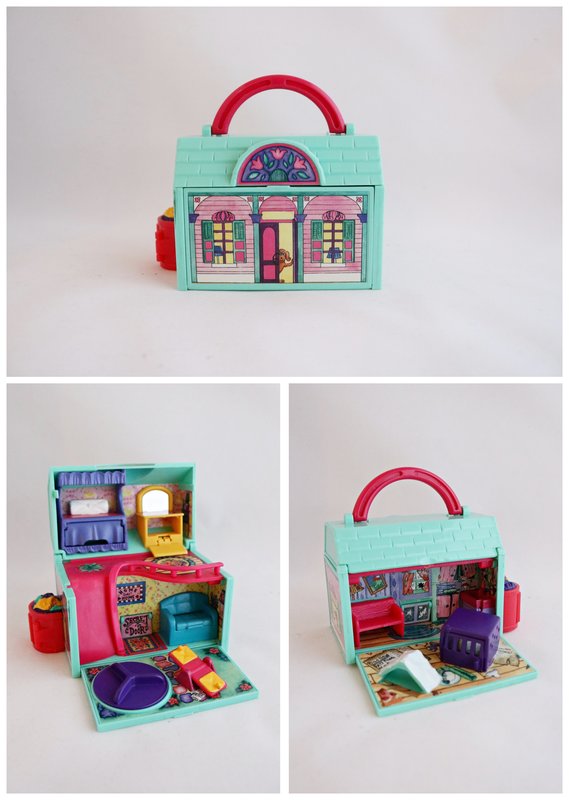 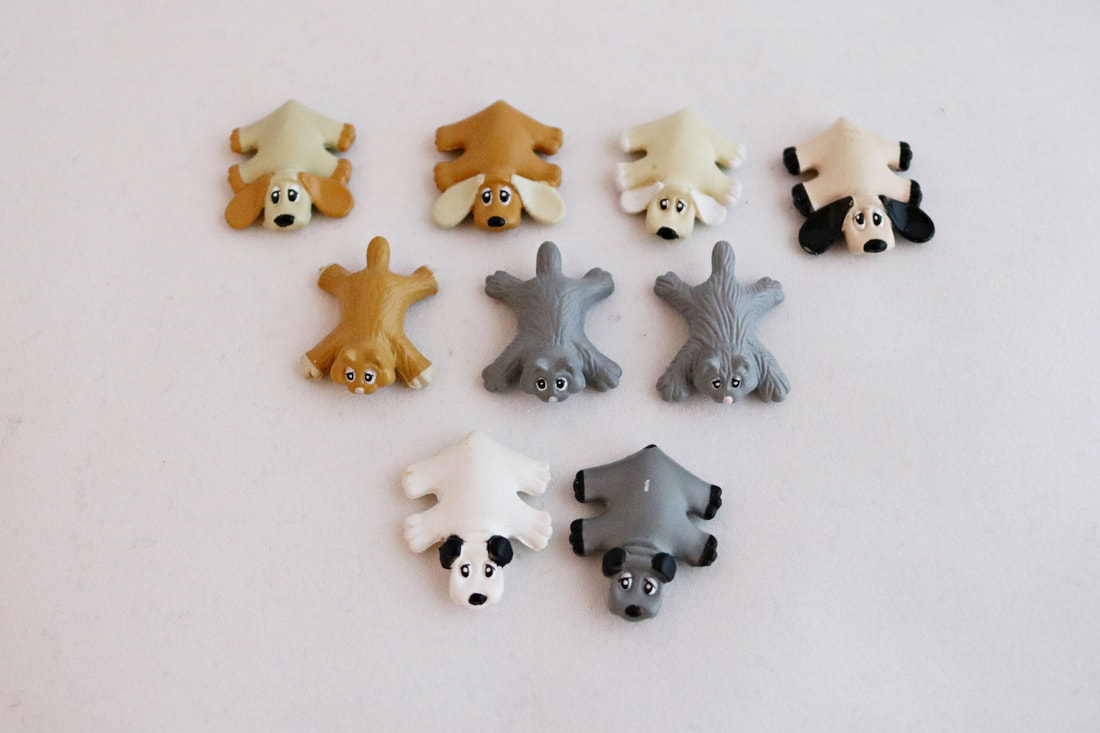 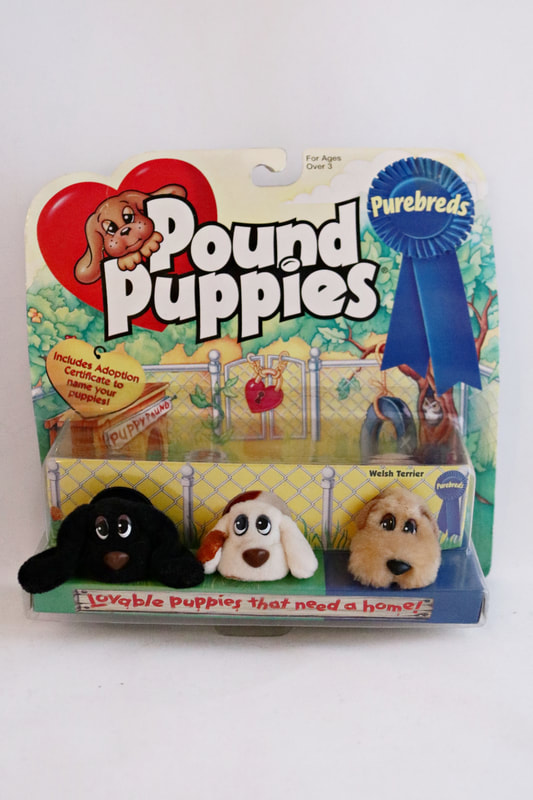 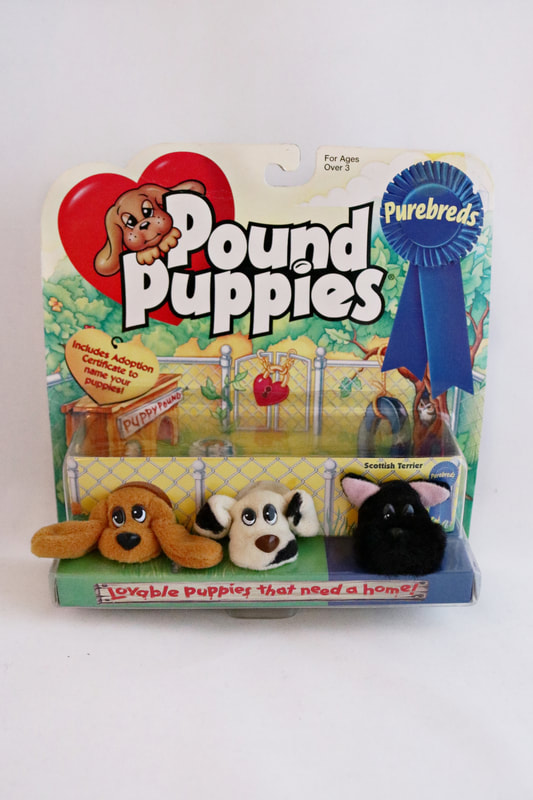 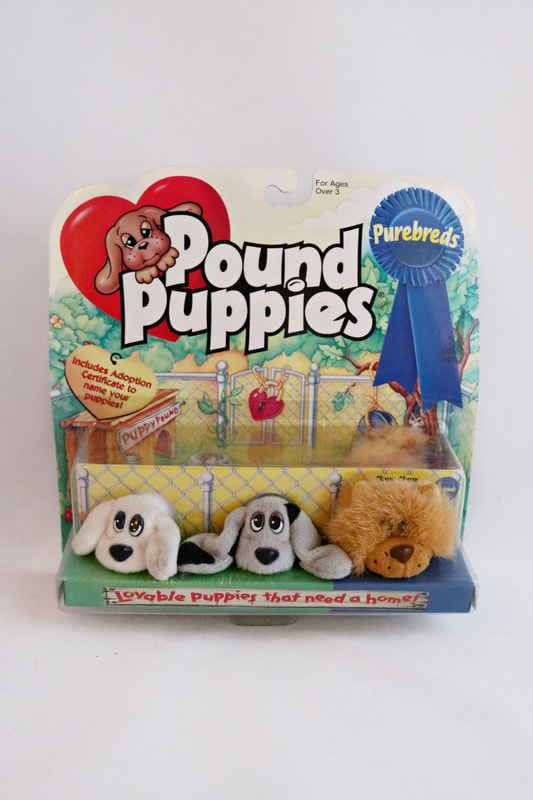